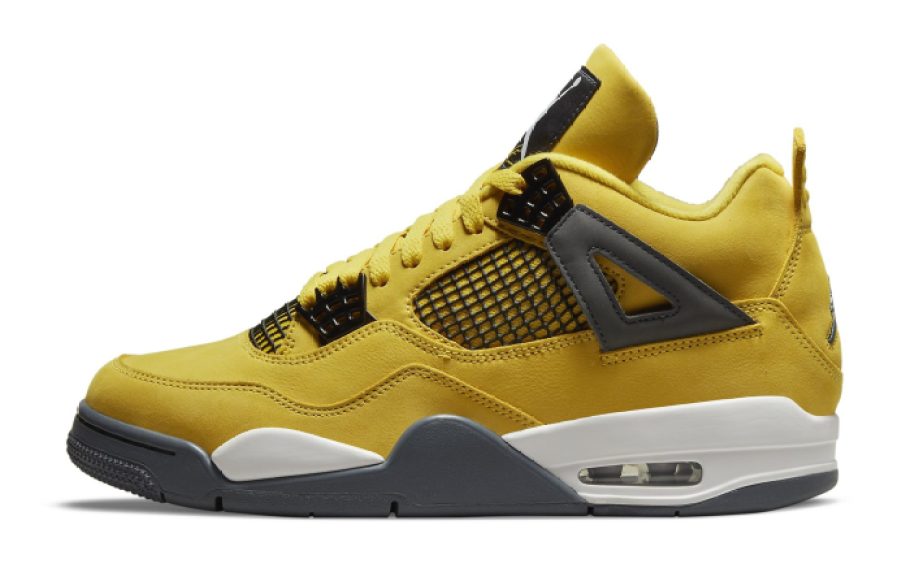 Michael Jordan had an MVP trophy, scoring title and the honor of the game’s greatest defender when the Air Jordan 4 arrived.

Debuted by the NBA icon during the 1989 NBA All-Star Game, the Air Jordan 4 outfitted the greatest player in the game as one decade ended and another began. Crafted by Tinker Hatfield, the Air Jordan 4 followed up where the Air Jordan 3 left off, once again leaning into a 3/4 cut, visible Air cushioning and Jumpman branding. More agile and aggressive, Hatfield employed mesh ventilation for greater breathability and an improved midsole for more flexibility. In addition, the Air Jordan 4 featured “Flight” script branding on the tongue, signaling accordance with Nike’s range of lightweight, guard-oriented basketball shoes released in that era.

The proof was in the pudding on the court as Jordan once again led the league in scoring while also making the NBA’s First Team All-Defense. Both “White/Cement” and “Black/Cement” colorways carried Jordan on court for the back half of the 1988-89 NBA Season, with the latter lacing the Chicago Bulls shooting guard through the postseason. Famously, the baller hit “The Shot” against the Cleveland Cavaliers in the “Black/Cement” Air Jordan 4. Also of note, the “White/Cement” Air Jordan 4 appeared on the big screen in the Spike Lee classic film, “Do the Right Thing.”

Aside from arriving in both “Cement” styles, the Air Jordan 4 released in “White/Black-Fire Red” and “White/Military Blue” renditions over the course of the model’s original run. Per usual, the “Fire Red” rendition was worn by Jordan to begin the 1989-90 NBA season. Not matching the Bulls uniforms, the “Military Blue” makeup was not worn on court by Jordan.

After a decade in the vault, the Air Jordan 4 returned in retro form in 1999. The release not only coincided with the 10-year anniversary of the famed model but also Jordan’s second retirement and the early days of the newly-formed Jordan Brand. Once returning in 1999, the Air jordan retro 4 released in both “White/Cement” and “Black/Cement” colorways. Additionally, the Air Jordan 4 Retro broke the mold by being the first archival model to come back in new makeups. Both “Oreo” and “Columbia” colorways introduced new palettes to the silhouette, re-engineered with leather wings, ventilated leather sidewalls and Jumpman branding on the heel. This trend continued in 2000 when Jordan Brand released the timely Air Jordan 4 Retro “Bling” with an all-white leather upper and metallic silver accents.

Air Jordan 4 GS “Where the Wild Things Are.”